According to a new weekly report from the Center for Disease Prevention and Control, the flu vaccine for this year matches well with the circulating virus strains in circulation. The federal institution said that the provisional estimate of the vaccine’s potency against the H1N1 flu strain, which is one of the most common varieties in the US this year, was nearly 50%. This figure is calculated from October to February. Last year, the midseason effectiveness was just 35%.

This year, nearly 90% of the influenza cases examined by the center turn out to be H1N1, a milder form. 10% of patients are still suffering from the H3N2 variety, the stronger form which dominated last year.

“The 50% potency is a sound figure, and that is connected with the fact that we already have a really good match with the dominating variety that is out this season. But that is not the entire story,” said Dr. William Schaffner, medical director of the National Foundation of Infectious Diseases.

“This report doesn’t mention how it has prevented complications and other effects, which is one of the primary purposes of giving flu vaccine,” the expert said. “Milder conditions mean that people are less susceptible to experience complications which lead to hospitalizations or death.”

It is challenging to measure the severity of an influenza season in the middle of it, but scientists think that this year is milder partly due to the vaccine’s enhanced effectiveness.

Up to now, the flu condition this year has not still taken off as it did last season, when nearly 50 millions of people suffered from flu and approximately 80,000 patients died, making it the worst season over the last decades. The center currently estimates around 11,600 to 19,000 deaths from October. 1 to February. 9 and said that it was “a low-severity flu season.” This means there were fewer outpatient visiting for flu-like illnesses, fewer hospitalization cases, and fewer deaths due to flu and pneumonia, compared with recent years.

Since September, up to 17.7 million Americans have had influenza, many of them are unvaccinated children or older adults. Influenza can be fatal in those people who are currently sick. In fact, the flu vaccine of this season is particularly effective in kids, at 61%. Children typically respond to the vaccine better than adults since their immune systems are often stronger.

Despite the effectiveness of vaccines is still far from perfect, it is now still the best method to avoid the viruses.

Treatments for the Common Cold 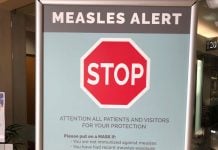 Health News
Lawmakers met at the end of February to tackle the increasing public health threats when the cases of measles keep rising across the country. The recent hearing, organized by the House Committee on Energy and Commerce, present one of the... 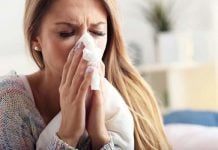 Your Health
Flu is an infectious disease that often starts with a fever and comes on quickly. It is caused by the flu virus and is very common during winter, although you can catch it all year round. Flu mainly spreads...