Have you ever been down with a kind of cough that takes your whole breath away, and just within a few seconds, you catch a glimpse of death? Coughs can leave you with a completely dry and scratchy throat, making you crave water now and then like a jellyfish. This scary and chronic cough is called a Whooping Cough. [1]

Whooping cough is a disease of the respiratory mucous membrane, and it is otherwise known as Pertussis. It is a bacterial infection caused by a bacteria called Bordetella pertussis. It is also contagious and is transmitted through airborne respiratory droplets (coughs and sneezes), saliva, and close contact with an infected person.

Cold is a mild viral infection that involves the nose and respiratory passages. Whooping cough starts with a cold. The airways in the lungs are inflamed and produce too much mucus; hence the body tries to find a way of getting rid of the phlegm or mucus and protects the lungs by responding with a cough. This cold spreads down to the lungs and progresses into a fit of coughing which is usually prolonged and severe. At this stage, the cough is accompanied by a ‘whoop’ sound as a result of gasping for air after all the air in the lungs has been coughed out. [2] 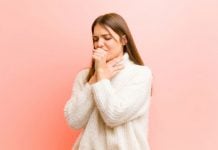 Ailments & Conditions
Coughing can be uncomfortable, but it can help bring up foreign material and mucus from the airways, which would irritate the lungs. In most cases, this problem is short-lived once the underlying cause like the flu or a cold...

Ailments & Conditions
Cerebral palsy is a health issue that affects your body posture and capability of controlling muscle groups. As a result, it tends to have negative results on how you move and process the body. There are many forms of... 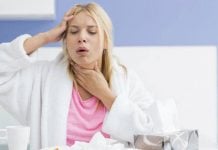 Ailments & Conditions
Tuberculosis(TB) is a highly infectious condition disease that mainly affects your lungs. It is a disease caused by bacteria called Mycobacterium tuberculosis, which usually attacks the lungs, but can also damage your other body parts. Tuberculosis is most common...