When the level of oxygen in your body is low, you would suffer from hypoxia or hypoxemia. While hypoxia affects your tissues, hypoxemia occurs in the blood. These are typically dangerous medical conditions that require immediate treatments. Otherwise, your liver, brain, and other important damages won’t get sufficient oxygen for proper operation. This would eventually lead to permanent damages and even cause death. Keep reading this guide to learn more about the symptoms, treatments, and causes of hypoxia and hypoxemia.

15 Symptoms of Hypoxia and Hypoxemia

One of the most common symptoms of both hypoxia and hypoxemia is excessive coughing. This condition often starts out mild and increases in severity when it progresses. In addition, you might experience worse coughing after waking up in the morning. In most cases, it would persist for many months or even years. Some people report the presence of a small amount of yellow or clear mucus as hypoxia and hypoxemia might result in increased production of mucus, which eventually triggers further coughing as a way to clear mucus. [1]

Ailments & Conditions
You may have ever heard of Pneumonia illness if not affected. It is a common illness that affects the alveoli of the lungs which are the small air sacs responsible for air circulation and purification. The air sacs get...

Your Health
People with chronic obstructive pulmonary disease or COPD tend to have difficulties breathing. In addition, there might be some other health issues such as shortness of breath, wheezing, coughing, or fatigue. These symptoms would occur at any time during... 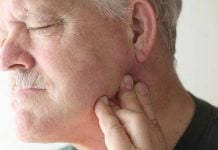 Ailments & Conditions
Mumps is a highly contagious disease that is transmitted through respiratory secretion or direct contact with a person that is affected. This disease can be prevented by vaccination, and this vaccination is usually administered with measles vaccine in some...