One of the most common and popular illnesses affecting a large number of the population around the world is Pneumonia. Pneumonia is usually an inflammation that affects the lungs specifically the small air sacs called the alveoli. Individuals suffering from the illness will expose various symptoms, including severe chest pain, dry cough, high fever, and troubles in breathing anon other signs. You need to know that the severity of the illness varies from different individuals depending on their health, causes, the immunity level in different individuals, and also the causes. To help you in determining the root cause of the illness, here are the 10 causes of Pneumonia that you need to know.

You find that the major cause of Pneumonia is a bacteria known as streptococcus pneumoniae. It is a Grama-positive bacteria that turns alpha-hemolytic and beta-hemolytic under aerobic and anaerobic conditions, respectively. The bacteria usually occur in pairs and belong to the Streptococcus genus where they do not form spores and also nonmotile. You find that the bacteria survive in healthy carriers where it does not affect them where it resides to colonize the respiratory tract, including the sinuses and the nasal cavity. The bacteria is then transmitted, and when it lands on susceptible individuals with weak immune systems such as the elderly and the children, then it causes inflammation in the lungs, thus causing Pneumonia. [1]

Ailments & Conditions
You may have ever heard of Pneumonia illness if not affected. It is a common illness that affects the alveoli of the lungs which are the small air sacs responsible for air circulation and purification. The air sacs get... 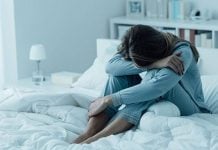 Your Health
People with chronic obstructive pulmonary disease or COPD tend to have difficulties breathing. In addition, there might be some other health issues such as shortness of breath, wheezing, coughing, or fatigue. These symptoms would occur at any time during...