Heart failure is a serious condition in which the heart cannot pump sufficient blood to meet the basic functions of your lungs and other important body parts. This disease is often known as congestive heart failure, which is also one of the most typical signs. It is characterized by the accumulation of fluids in the veins and tissues. This leads to different health issues and complications. Read on to learn more about the 4 types of heart failure to ensure more precise diagnosis and preventive strategies.

The left part of the heart is responsible for receiving and pumping oxygen-rich blood from your lungs to other parts of the body. When left-sided or left ventricular heart failure occurs, it will cause blood to be congested or back up to the respiratory system. This leads to many breathing problems and tiredness because of an insufficient amount of oxygenated blood. Several typical symptoms include increased breathing rates, coughing, or wheezing. In more advanced cases, heart murmurs would suggest the occurrence of valvular heart disease, which can be either a result or a cause of the condition. Backward failure results in congestion of blood vessels in the lungs, and so signs are mostly respiratory. If left untreated, it would worsen systemic circulation, including cool extremities while resting, confusion, as well as dizziness. [1] 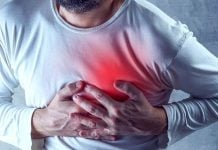 Does the Arm Pain Signal a Heart Attack? 8 Facts You Need to Know

Ailments & Conditions
As you get old, there is a variety of aches and aches your body often suffer from. While an arm pain can be a...

Health News
The Food and Drug Administration has recently warned that a few antibiotics would result in painful or even fatal damage to the main artery... 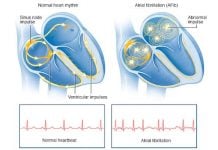 Your Health
Atrial fibrillation is the most common form of irregular heartbeat or heart arrhythmia. This condition would interrupt the usual blood flow in your body... 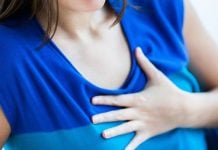 Your Health
Angina is a common sign of coronary heart ailment or other heart conditions. It often happens when your heart muscles don't get sufficient blood... 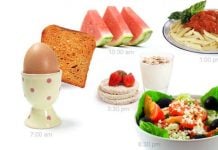 Ailments & Conditions
High Blood Pressure is a condition that can go unnoticed for many years. Although the real cause of high blood pressure is not known,...

What You Need to Know about Coronary Arteries