Parkinson’s disease is a condition that affects neurological function. Typical symptoms, such as muscle stiffness, movement slowness, and tremor, tend to become worse over time.

The main way to treat this disease is levodopa, a drug that may lose effectiveness with time and would lead to motor issues in some people.

Once this medication stops working, high-frequency deep brain stimulation may be suggested to improve the symptoms.

Nevertheless, this technique may increase the risk of impulse-control disorders, psychosis, and worsened depression. Parkinson’s symptoms may also recur once the treatment stops.

A recent study done by scientists at the Carnegie Mellon University in Pittsburgh examines a treatment option to improve the effectiveness of deep brain stimulation in treating Parkinson’s disease.

The authors used short bursts of electrical stimulation, instead of a constant burst, to target particular neurons.

This new method helped restore and keep moving a few hours after the applications. Also, the therapeutic benefits lasted longer in the lab mice.

The findings of this research allow scientists to develop more innovative treatment options for Parkinson’s disease in the future.

It is worth noting that we can now change the operation based on an overlooked feature. Most people often think about the proper location rather than the right timing to apply deep brain stimulation.

Keep in mind that the research used a mice model. Therefore, further research is needed to find similar findings in nonhuman or human samples.

That said, the group of authors believes that this new approach to treating Parkinson’s disease can be applied to humans. If this assumption is true, it may bring a major breakthrough for the treatment of these neurological illnesses.

They hope that other scientists may be able to test the burst simulation method in those with Parkinson’s disease as the frequencies are within an already approved range for clinical applications.

In the paper, the scientists explain that the burst stimulation technique may be operated with the use of falls and implants within the FDA-approved stimulus frequencies. This allows for immediate testing in models of Parkinson’s disease across different species, including both non-humans and humans.

The authors make the conclusion that the research shows how basic knowledge about the function and organization in the brain may help doctors and healthcare providers adjust the mode of the electrical stimulation to target specific neurons. This eventually extends the therapeutic effects of the approach beyond those from traditional techniques. 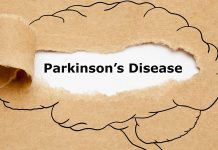 Ailments & Conditions
Parkinson’s disease is a neurodegenerative condition that affects dopamine-producing neurons in the brain. Symptoms tend to appear slowly over time. Depending on the causes...