Occipital neuralgia is a quite rare headache disorder that can inflict pain throughout occipital nerves, from the top of the spinal cord to the scalp. It often causes piercing pain in areas like the upper neck, behind the ears, or back of the head.

Though the pain is intense and sharp, it lasts only a few seconds to a few minutes. Around three out of every 100,000 people are affected by occipital neuralgia annually.

The main symptoms of occipital neuralgia are marked by a sudden onset and severe pain, which happen more on one side of your head than on both sides. The onset of intense pain won’t last long, but tenderness around the nerves may remain afterward. When occipital neuralgia occurs, you will feel a piercing pain rather than a dull throbbing pain.

10 Sciatica Treatments Back to Normal Life

Fitness & Wellness
Sciatica is a type of pain which radiates along the pathway of your sciatic nerve. This condition might result in excruciating pain and some...

10 Tips to Stop Grinding Your Teeth

Your Health
Teeth grinding, medically known as bruxism, is a common condition occurring during sleep. It is typically characterized by unconscious teeth or jaw clenching even...

Ailments & Conditions
Restless leg syndrome is a neurological condition. It is characterized by unpleasant sensations in your legs and an urge to move these parts. Symptoms... 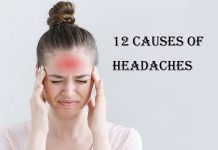 Ailments & Conditions
Headaches are one of the most common health complaints. Most of us have to deal with this problem from time to time. While some... 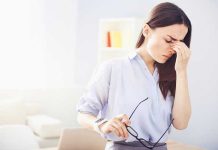