Alzheimer’s disease is a very serious disorder that is affecting millions of people all over the world. While it can be treated, there is still no cure. Elderly people are often at a higher risk due to reduced immune systems and other health issues. That’s why many people often mistake this condition with other typical signs of old age. Here are the 13 most common Alzheimer symptoms that you need to watch for and seek medical attention immediately.

Memory loss is among the most common symptoms of Alzheimer’s disease. You should pay special attention to any condition which disrupts their daily activities and leads to confusion. In the beginning, short-term memory loss would happen and is gradually replaced by long-term memory loss. For example, those people tend to fail to keep track of personal objects, appointments, dates, and times. You can find out the presence of the condition by telling them a few pieces of updated information and ask them to recount the details around 15 minutes later. If they cannot remember, do it a couple of times to find out if they suffer from Alzheimer’s. [1] 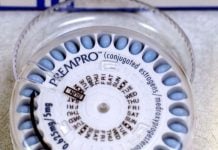 Multiple Sclerosis (MS) and Your Brain: 10 Ways to Stay Sharp