Anorexia, also known as Anorexia nervosa, is a psychological eating disorder that is mainly characterized by weight loss, and fear of gaining weight. People suffering from anorexia, are very conscious of their weight; they see themselves as overweight when in fact, they are the direct opposite. They eat small amounts of food on purpose and are very picky about the kinds/types of food they eat, especially foods that lack calories. They go as far as using laxatives to induce weight loss.

Weight loss in relation to health, is the reduction of a person’s total body mass, due to the loss of fluids, body fat or adipose tissue. Although, in some cases, it may be unintentional, however, other cases may be an attempt to cut down on weight or malnutrition. The latter is the case of people with anorexia. Resulting from their obsession with being thin, they could go extreme in a bid to lose weight. This is characteristic of people with the purge type anorexia who will exercise excessively purge or vomit by using abusing laxatives to alleviate the fear of gaining weight

While people with the purge type anorexia indulge corrective methods of weight loss, the individual suffering from restrictive anorexia has intense fear for weight gain and as such will constantly monitor his calorie intake. Being perceived as being highly self-disciplined, they restrict the quantity of food, calories and often high fat or high sugar foods. They consume far fewer calories than are needed to maintain a healthy weight. People with restrictive anorexia often pay close attention to every food item they consume, including water. Sometimes, they even memorize the calorie content of foods. Excessive concern about food and weight gain is a hallmark of anorexia. [1]

Ailments & Conditions
Bipolar disorder is not a mild mental illness and leads to extreme mood swings: alternation between sad and energetic highs, joyful, and depression (weary lows). Doctors are yet to understand this mental illness fully. However, over the years, they have...

Ailments & Conditions
Asperger syndrome or Asperger's is a type of autism that is mostly diagnosed in adults and older children. It is typically characterized by considerable troubles in nonverbal communication and social interaction, along with repetitive and restricted interests and patterns...

Ailments & Conditions
Autism is a lifelong, inborn disability which affects various people in various ways. This condition would occur in infants, children, or adults alike. Even though toddlers could be diagnosed autistic, the signs are sometimes not so obvious and precise...

Fitness & Wellness
Bipolar disorder, also known as manic depression, is basically a mental illness which is marked by significant changes in mood. People with this condition might have difficulty managing their daily tasks at work or school, or maintaining relationships. While...

Ailments & Conditions
Schizophrenia, which often occurs between the ages of 15 and 30, is a rare mental disorder. It is typically characterized by hallucinations, delusions, and some other cognitive troubles. In many cases, the condition would develop slowly and become a...

Your Health
Narcissism is a kind of self-regard that is overly focused on the ego. People with this condition are almost unable to feel empathy for other people and are often overconfident to conceal their delicate self-esteem. In some extreme cases,... 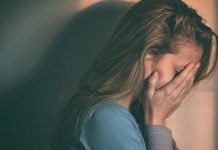 Your Health
The seasonal affective disorder is a health issue that often happens when you experience depressive symptoms in specific seasons of the year, typically during the winter. Common signs tend to start in the fall as daylights decreases and gradually...

Depression During and After Pregnancy: Symptoms, Causes & Treatments

Social Anxiety and Depression – What To Know