However, a recent study conducted by the Genomic Medicine Institute at the Cleveland Clinic, Ohio, has shown scientific evidence that the medication would be useful in treating and preventing Alzheimer’s disease.

The results were published in the Nature Aging journal.

Alzheimer’s disease is a progressive condition that affects the neurological system. It causes the brain cells to shrink and die over time, which eventually leads to cognitive decline and memory loss.

The main hallmarks of the illness are plaques of proteins in the brain. These include tau and beta-amyloid.

Up to now, there have not been positive results in clinical trials of vaccines and drugs that target these proteins.

Alzheimer’s disease may be caused by a complicated combination of environmental and genetic factors.

To find out which existing medications may help treat the condition, scientists applied a computational model to integrate data about the related networks of metabolic pathways and illness genetics.

More specifically, they examined the interactions between proteins in groups that are important for producing tau and beta-amyloid. After that, they created a network of more than 1,600 approved medications, based on how directly they interact with networks linked to Alzheimer’s.

This enabled the researchers to make a list of 66 medications that may be possible treatments for the condition. Among them, sildenafil (sold under the brand name Viagra) seemed to be the most promising option.

The project examined further at insurance claims of more than 7.2 million individuals in the United States for prescriptions.

In general, the authors found out that the risk of developing Alzheimer’s disease was around 69% lower over the next 6 years in those who were prescribed Viagra.

The link was statistically significant after considering other risk factors for the disease, such as ethnic group, sex, as well as existing conditions. These include cognitive impairment, coronary artery disease, high blood pressure, and type 2 diabetes.

Lastly, they verified the effects of the medication on the underlying mechanism of the condition. The results indicated that Viagra would help reduce tau build-up and grow new nerve projections.

It is important to note that the study does not establish a causal relationship between the risk of Alzheimer’s disease and the use of Viagra. Also, there would be unseen factors that affect both the frequency of Viagra use and Alzheimer’s risk, such as socioeconomic status and education level. 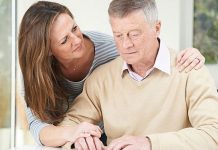 Ailments & Conditions
What Is Alzheimer's Disease? Alzheimer’s disease is a common disease that affects the brain. It is the most common type of dementia. Due to the...