Colorectal cancer is one of the most common forms of cancer in adults. It is caused when colorectal adenomas persist in the body for an extended period.

A new study published in the Journal of the National Cancer Institute Spectrum has shown an association between weight changes and colorectal cancer risks.

In this project, scientists from the University of Maryland analyzed data from the PLCO study (Prostate, Lung, Colorectal, and Ovarian). There were 154942 participants in the study between 55 to 74 years old.

All respondents were clinically followed from 1993 to 2001. They were rejected if they had a risk factor for developing colon cancer. In addition, they needed to have a negative result for the flexible sigmoidoscopy test.

Only 18599 people met the requirements. They got regular FSG studies at three or five years. Researchers matched their results with the body weights when they were 20 years old, 50 years old, and at the time of the research.

The results suggest that a weight loss of at least 0.45 kilograms every five years from early to late adulthood was linked to a 46 percent lower risk of colorectal adenomas. In contrast, the more weight the participants gained during this period, the higher the risk was. This may corroborate the benefits of losing weight in obese or overweight individuals.

This link was stronger in men than in women. The exact reason is still unknown, but the authors think that it may be attributed to the higher rate of weight in the mid-abdominal areas, which would increase the risk.

Concerning the increased risk of adenomas in obese individuals, scientists suggest that extra body weights would lead to insulin resistance. This subsequently results in some biological changes that reduce cell death and increase the growth of body cells. To reduce the risk, try to maintain a healthy weight through exercise, a balanced diet, and reduced alcohol consumption.

The study has several drawbacks. The authors acknowledge that most participants in the sample were mainly white individuals of non-Hispanic descents. In addition, the colorectal screening for the study depended on flexible sigmoidoscopy, a test that can be done only to the lower colon.

Since adenomas happen in the whole colon, this dependence may make it difficult to know if adenoma growth on the left area would be similar to the right. Also, it can be hard to determine the role of obesity in left-sided adenomas as it does on right-sided ones. 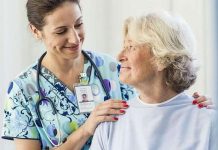 What is FOLFOX Regimen?

Ailments & Conditions
Overview After diagnosis reveals you have cancer, your next step should be to schedule chemotherapy with your doctor. What chemotherapy does for your body is... 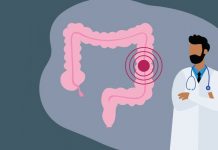 Ailments & Conditions
What is Colorectal Cancer? Since colorectal cancer could happen in the colon or the rectum, it is also known as colon cancer or rectal cancer....