On Thursday and Friday last week, all of the schools in the Mesa County Valley district, Colorado, have been shut down after the outbreak of norovirus.

Over the past few days, a lot of teachers and students in these facilities experienced diarrhea and vomiting. These symptoms occurred really fast and unexpectedly.

At first, the outbreak happened in only a high school before spreading to other areas in the district. It was like a domino effect and the government decided to close these schools.

The exact cause is still unclear, but many public health experts suspect that it might come from a norovirus strain, based on the reported health issues.

In a recent report, the public health official of the district said: “We are still hearing cases that people feel totally fine in 30 minutes and then experience vomiting right after.”

Gastrointestinal and viral diseases are highly common and this outbreak seems to occur at the same time when bugs and insects start to spread.

The Mesa County Valley district, with more than 20,000 students, has never shut down all schools because of medical issues.

“We decide to make this unusual movement since the virus is very contagious and spreading fast across different areas,” said the public health official.

Closing all schools will make it easier for public health experts to disinfect all buildings. This is important to prevent the spreading of the virus.

In fact, this time of year is often the start of the norovirus period. It is not uncommon to witness such problems during the winter season.

Noroviruses have been shown to be one of the most contagious strains. The majority of affected people often experience vomiting and nausea.

Affected patients would spread billions of viruses. Thus, outbreaks could occur in different areas, such as schools, offices, restaurants, healthcare facilities, and more.

Also known as a stomach bug or stomach flu, there is still no treatment for norovirus. People would be infected by direct contact with a contaminated surface, an infected patient or the consumption of contaminated water or food.

Since there is currently no vaccine to prevent the spreading of these microorganisms, it is better to wash your hand thoroughly with water and soap. This should be done after going to the toilet, touching public items, as well as before preparing foods.

In schools, students should use disinfectant wipes on the top of the desk because this is the area where noroviruses are mostly concentrated. 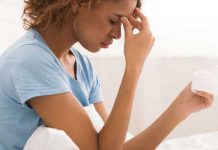 The Symptoms of Norovirus

Ailments & Conditions
Norovirus is the main trigger of most viral gastroenteritis outbreaks in the world. It can spread from animals or people with the infection. Common...