Home Health News Millions of people would suffer from a sesame allergy in the United...

On Friday, a new study in JAMA Network Open found that far more Americans have a sesame allergy than previously thought. It is estimated that more than 1.5 million people experience this health issue – around 5 times the former figure. These include those who were and weren’t diagnosed by a doctor but met the criteria of the researchers.

The new study examined data from approximately 79,000 people in the United States, both adults, and kids. It found that the number of case is quite similar in both age ranges.

While this form of allergy isn’t prevalent as wheat, dairy, or nut allergies, the study indicates that allergic responses would also be life-threatening.

Many people with this condition reported serious allergic reactions, and up to 30% of them needed the help of epinephrine auto-injectors, a sign of anaphylaxis. However, sesame isn’t required to be listed on packaging labels as other food allergens.

Some awareness groups are trying to get sesame on the list for a long time. Last year, the FDA took the first steps to change its labeling requirements. The agency required data on the prevalence of sesame allergy.

“It is very hard to avoid an allergen that is not required in ingredient labels,” said Mendez – the president of an awareness group.

Sesame can actually have many names. For instance, the main element in hummus is a type of sesame taste. Similarly, gingelly oil in many Indian foods also comes from sesame seeds. Even when consumers aware of those facts, sesame is often listed simply as “natural flavor” or “spice”.

“Many people have to contact food manufacturers to ask for the addition of sesame. However, most firms refuse to answer as it is proprietary information,” said Mendez.

In fact, many consumers reported hidden sesame in some foods, such as maple syrup, bean dip, or tomato sauce. That’s why some parents don’t allow their kids to try new foods without their permission.

“There are many products that we want to purchase but cannot as we don’t know whether are safe enough for our children,” told a parent in California.

Indeed, up to 80% of people with sesame allergies also experience other food allergies. Thus, they also have to stay away from other foods. This is a huge public health issue that requires raising education and awareness.

Some countries already require the listing of sesame on food labels as an allergen. These include New Zealand, the European Union, Canada, and Australia. 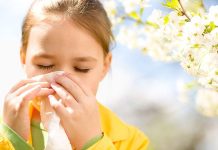 Ailments & Conditions
An allergy is a response of the immune system to allergens or foreign elements that are not typically harmful to the body. Some common... 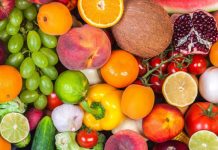 The 10 Most Common Food Allergies

Your Health
Food allergies occur when the immune system of the body overreacts to some foods or drinks. Symptoms can vary, depending on people, age, and...