In one way or another, you may have heard about the illness called Cystic Fibrosis. It is a type of disorder that majorly affects the lungs, the digestive system, kidney, and other parts of the body organs. It is usually caused by an inherited gene that affects the cells that secrets the mucus, digestive juices, and sweat that acts as a lubricant. Where the normal fluids are slippery and thin, the cells that produce the fluids in people suffering from Cystic Fibrosis usually produce sticky and thick secretions. The thick fluids tend to clog and plug up the tubes and passageways, especially in the lungs and also in the pancreas. The illness requires daily care, and here are the 10 signs of Cystic Fibrosis.

The skin is the outer tissue that covers our body. It has numerous secretions that keep it soft and tender to remain healthy all the time.

You will realize that individuals suffering from Cystic Fibrosis usually secrete salty fluids. The sweat in most individuals is often salty, but to a person suffering from the illness, the sweat gets saltier thus resulting in more white remains on the skin after the sweat dries. The illness is usually detected in children where most are diagnosed before the age of 2 years. If you find that you occasionally have salty secretions on the skin and you not been in an exercise, then you need to seek medical attention. [1] 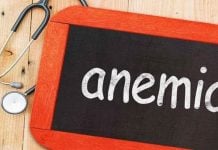