Restless leg syndrome is a neurological condition. It is characterized by unpleasant sensations in your legs and an urge to move these parts. Symptoms become more intense when you try to sleep or are relaxed. This would disrupt sleep and lead to extreme fatigue or daytime sleepiness. The disorder can happen at any age, but it is often more serious in middle age. More cases are reported in women than in men. Restless leg syndrome is a lifelong illness with no cure. However, medications would help control symptoms. Below are some common triggers that you should know to take preventive measures.

Not all conditions that might cause restless legs syndrome are disorders. In fact, pregnancy would increase both the degree and incidence of the symptoms. Many studies have suggested that the risk of developing the condition among pregnant people can range from 10 percent up to 30 percent. The good news is that these signs can improve quickly after delivery. However, it is still unknown the exact cause of the higher risk of restless leg syndrome during pregnancy. Some scientists believe that it might be associated with a deficiency of folate or iron or hormonal fluctuations during this period.[1]

Ailments & Conditions
Asperger syndrome or Asperger's is a type of autism that is mostly diagnosed in adults and older children. It is typically characterized by considerable troubles in nonverbal communication and social interaction, along with repetitive and restricted interests and patterns...

Ailments & Conditions
Dementia is a collective term for symptoms experienced due to several possible diseases. Dementia symptoms often associated with declining cognitive functioning - reasoning, remembering, and thinking - and behavioral abilities. However, the above statement does not translate to "everyone... 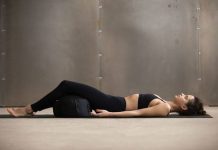 Fitness & Wellness
Leg pain is a common health issue in many people. It could be triggered by many causes and might range from mild to severe, depending on the underlying causes, age, and health conditions. If you are suffering from this... 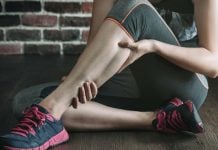 Fitness & Wellness
Muscle cramps, also known as Charley horses or muscle spasms, are involuntary, sustained, and sudden contractions of groups of muscles. The affected areas will get hard and tight and are always very painful, which might keep you from moving...

10 Sciatica Treatments Back to Normal Life

Fitness & Wellness
Sciatica is a type of pain which radiates along the pathway of your sciatic nerve. This condition might result in excruciating pain and some other sensations in your leg, hip, toes, feet, and buttocks. These include weakness, electrical feeling,...

10 Tips to Stop Grinding Your Teeth

Your Health
Teeth grinding, medically known as bruxism, is a common condition occurring during sleep. It is typically characterized by unconscious teeth or jaw clenching even when you are awake. If left untreated for an extended period, bruxism would lead to... 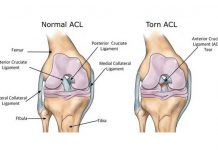 Your Health
ACL stands for the anterior cruciate ligament. It is the ligaments in the knee that helps keep the shinbone from sliding forward. Since this part ensures the stability of the knee, a partial or complete tear would lead to...

Your Health
Occipital neuralgia is a form of chronic headache disorder that affects the occipital nerves. It happens when the pain starts from the occipital area and radiates to these nerves, which run between the scalp and the top of the...