The previous July was officially the hottest month in the United States in history. And due to the boiling heat, many UPS workers have fainted, convulsed, and visited the hospital with many health issues.

By far, up to 16 employees from UPS have reported their medical conditions caused by summer heat. This is the highest number on record compared to 100 cases from 2015 to 2018, more than any other firms in the country.

There are currently nearly 400,000 employees working for UPS. More than 75,000 of them are delivery drivers who work without air condition in their vehicles or warehouses. In these spaces, temperatures would reach up to 150 degrees.

In fact, many UPS employees around the United States have reported the increasing pressure, long days, and heavy loads at work during this summer.

“This is often the slowest time of the year and we have been working extremely like it is a peak season,” said a driver at the UPS hub in Louisville, Kentucky.

Workers in different states, such as Georgia, Kentucky, Wisconsin, Florida, Texas, Virginia, Louisiana, as well as Arizona, are claiming that UPS does not follow the heat protocol.

Supervisors are pushing staff to keep working even when they get sick and prevent them from reporting any illness. When employees require treatments, they are usually taken to an urgent care facility that can’t even administer IVs. This ends up delaying important care to prevent further complications.

“This problem is worsening,” said a union steward in California, who has witnessed many drivers with heat-related conditions over the last month. “The company preaches about safety and similar problems,” she said. But when employees report about their illnesses, supervisors just get upset and don’t comply with the safety rules.”

The current workloads are unlikely to decrease soon. Last week, FedEx Corp terminated its contract with Amazon. A large part of the 200,000 packages that FedEx used to deliver each day will be shifted to UPS. At the meantime, UPS is responsible for around 25% of Amazon’s volume.

A PR official at UPS said that the workloads haven’t gone up this summer despite an increase in the amount of freight. Also, she “can’t confirm the current record of heat-related issues amongst UPS employees because it mainly depends on the geographic location and the period of the year.

UPS has taken some preventive measures to protect workers from the problems. These include encouraging them to take regular breaks, hydrate, and report heat-related conditions to managers. Supervisors need to make sure that their staff would get necessary medical attention in these cases.

However, not all managers follow the protocol. This is because of the current pressure to keep the number of injuries as low as possible. Thus, supervisors tend to send their employees home to hide illnesses instead of encouraging them to seek medical treatments and report the injuries.

The current scope of these heat-related conditions is deeply shocking. The problem is that so many cases have yet to be reported, so there is no exact paper record.

Many UPS employees spoke with the media anonymously because they are afraid of retaliation. Many people and their families wanted to speak out as they want some improvements in their working conditions.

“It is just unacceptable,” said the father of a UPS employee in Alabama, who fainted from heatstroke just several weeks ago. “I don’t want to watch her die because the company thinks its packages are more important.”

The company claimed that the number of heat-related cases only accounts for 1% of the whole workforce in the country.

“We have a well-designed prevention program to deal with heat issues,” said the USP spokesperson. “We always care about the safety and health of our employees. The majority of drivers and warehouse staff at UPS are well trained to manage their well-being and health effectively when working in extreme conditions.”

The prevention program, which is called the Cool Solutions, encourages UPS employees to take appropriate rests, stay hydrated, and report their problems to managers.

The company denied that it is discouraging employees from seeking medical attention. However, many people said that managers don’t always provide them with the needed care.

A driver in Texas recently had to spend nearly 1 hour cramping in a gas station because his request for support was not answered by managers. Eventually, he had to call a union steward via 911.

When it comes to heat-related conditions, time is the most important factor. Heat exhaustion would lead to heatstroke if left untreated, which might have negative effects on essential organs such as brain, heart, and kidneys. In some acute cases, the problem can even kill you.

However, many drivers at UPS said that they were only taken to urgent care facilities after requiring medical treatments. These centers cannot even rehydrate them with IVs or do blood tests to diagnose any kidney failure. This eventually delays some essential treatments.

In fact, this occurred to many employees at the UPS. When they asked for help from the supervisors, no support was provided. Instead, other drivers assigned by the managers just took up the truck and left the patients in a store or gas station. When they reached the medical center, the condition turned much worse.

Some cases were diagnosed with elevated levels of creatine kinase and extreme dehydration. Those are some common signs that indicate the effects of heat on your kidney functions. 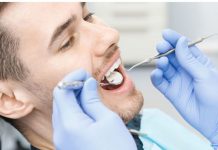 Your Health
The wisdom teeth are the last permanent parts to grow in our mouth. They can be found both on the bottom and top of... 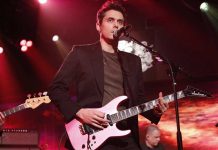 Health News
On Friday, the Grammy-winning singer John Mayer announced the establishment of the Heart and Armor Foundation, an organization devoted to improving veterans' health through... 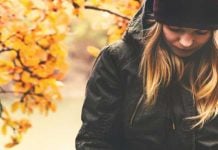 Ailments & Conditions
We all go through mood changes with periods of grief and deep sadness. However, when they last longer than usual or disrupt your daily... 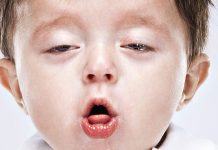 Ailments & Conditions
In one way or another, you may have heard about the illness called Cystic Fibrosis. It is a type of disorder that majorly affects... 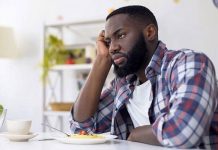 Ailments & Conditions
Potassium is an important mineral for the proper functions of the body. It plays a key role in regulating muscles and nerves, especially for... 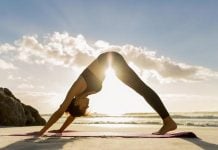 Fitness & Wellness
Bloating is a common condition when you feel swollen in the belly after eating. It is often caused by the production of excess gas... 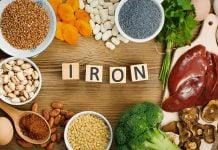 Food & Nutrition
Iron is an essential mineral, needed in the body to make hemoglobin which is responsible for the movement of oxygen and carbon dioxide. ... 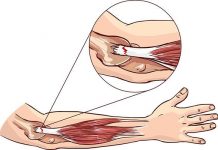