Not all foods are the same. Many products are heavily processed by adding additives, oil, sugar, and salt to maximize their shelf life, such as sodas, energy beverages, energy bars, cookies, chips, instant noodles, chicken nuggets, and ready-to-heat pizza.

Many studies have been done to show a link between consuming processed products and reduced diet quality, as well as higher risks for some health issues, such as heart disease, obesity, or high blood pressure.

The results from a recent study have shown that consuming ultra-processed foods was linked to premature death that can be prevented. The findings could be found in the American Journal of Preventive Medicine.

In this project, scientists from the University of São Paulo, Brazil, examined the mortality rate in the Brazilian population and the link to the consumption of processed products.

First, they studied food consumption in the country between 2017 and 2018. The group of authors then inspected this data in relation to information about mortality and demographics from 2019.

As a result, scientists believed that reducing the consumption of processed products by 10 to 50 percent would have a significant effect on mortality rates.

While the study provides evidence about the risks of processed foods, it may have some drawbacks that should be resolved.

First, it was not possible to calculate the exact number of deaths linked to processed products. The analysis also had several problems, such as the lack of certain factors and confounding risks.

In addition, the authors acknowledge that there may be a risk of reverse causation. Another problem was that data was collected only in Brazil, meaning that the results would be not the same in other nations.

It is still not clear how changes to recommendations and food policies would impact the public health.

Meanwhile, you would consult your nutrition specialists or doctors to reduce the intake of processed foods in the diet. Start by avoiding junk foods, fried foods, cookies, chips, and sodas. Instead, try whole foods. 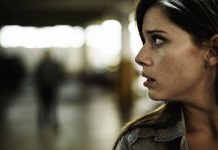 Ailments & Conditions
PTSD or post-traumatic stress disorder is a common psychological problem that often happens after experiencing a frightening or dangerous event. It might involve a perceived or real threat of death or injury, such as sexual or physical abuse, an... 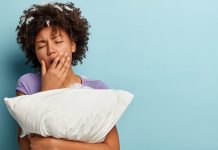 How Does Diabetes Affect Sleep?

Your Health
Effects of Diabetes on the Body Diabetes is a medical condition that affects the production of insulin in the body. Released by the pancreas, insulin plays a key role in controlling the amount of glucose in the bloodstream. Without sufficient... 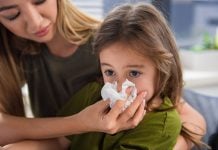 What Does Orange Mucus Mean?

Ailments & Conditions
Overview of Snot and Mucus Snot is a clear sign when you catch a seasonal cold or have a sinus infection. It is basically the production of mucus to keep the body healthy. The throat and nose are lined with... 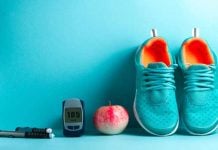 Can You Reverse Diabetes with Exercise?

Your Health
What is Diabetes? Diabetes is a common health issue in which levels of glucose increase over time in the bloodstream. Glucose is the main source of energy for the body. A hormone produced by the pancreas called insulin helps process... 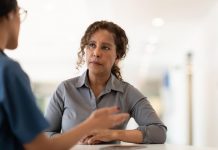 Ailments & Conditions
What Is Primary Biliary Cholangitis? Primary biliary cholangitis is a chronic condition that slowly causes damage to the liver’s bile ducts. In general, the liver products a fluid called bile to help digest food and absorb nutrients. In addition, bile... 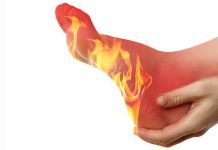 Your Health
A burning sensation in the feet is a common health issue in many people. It would be triggered by many causes and have different levels of intensity, ranging from severe to mild. Depending on your health condition, the pain... 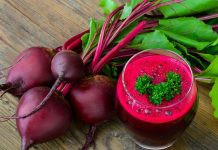 Food & Nutrition
Beets or beetroots are a popular veggie and can be added to a variety of dishes. Both beet juice and whole beets have a great nutritional profile with many important antioxidants, minerals, and vitamins. Also, they contain betalains, a...

Ailments & Conditions
High Blood Pressure is a condition that can go unnoticed for many years. Although the real cause of high blood pressure is not known, it usually occurs when of the force with which the heart pumps blood becomes high...